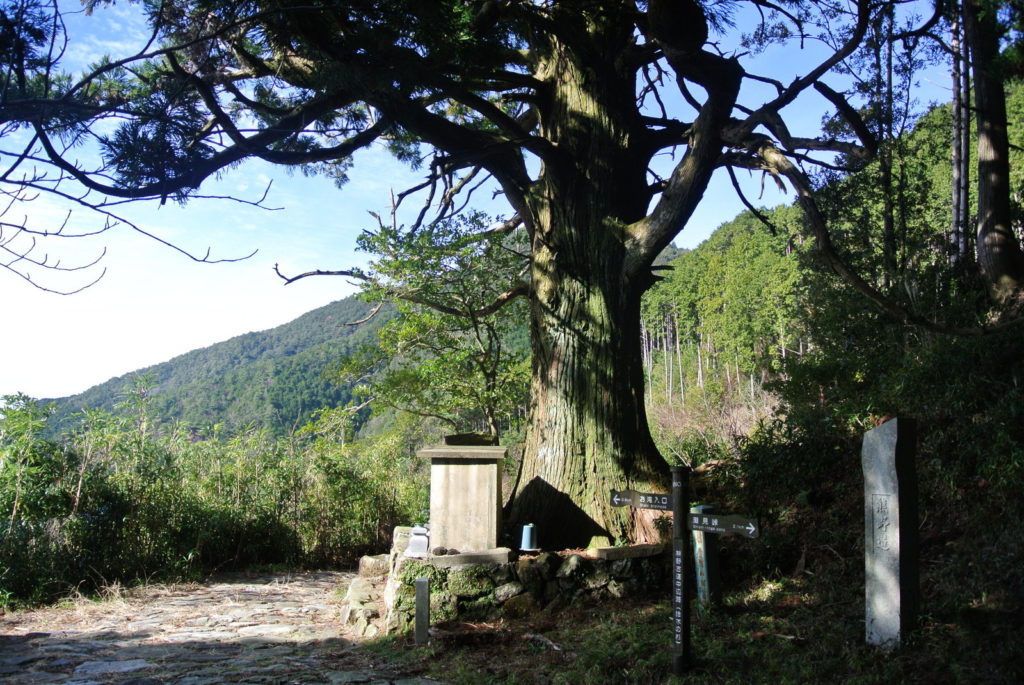 Nejiki-no-Sugi concerning a legend of Anchin Kiyo-hime Kiyo-hime, transforming into a huge snake to chase Anchin, climbed up the Sugi in Maki Mountain and found him in the far distance. She was so mortified that she twisted the branch of the Sugi. That tree has grown up with the branch twisted, and now it is called Nejiki-no-Sugi and designated as a city natural treasure. (Nejiki means twisted tree in Japanese.)