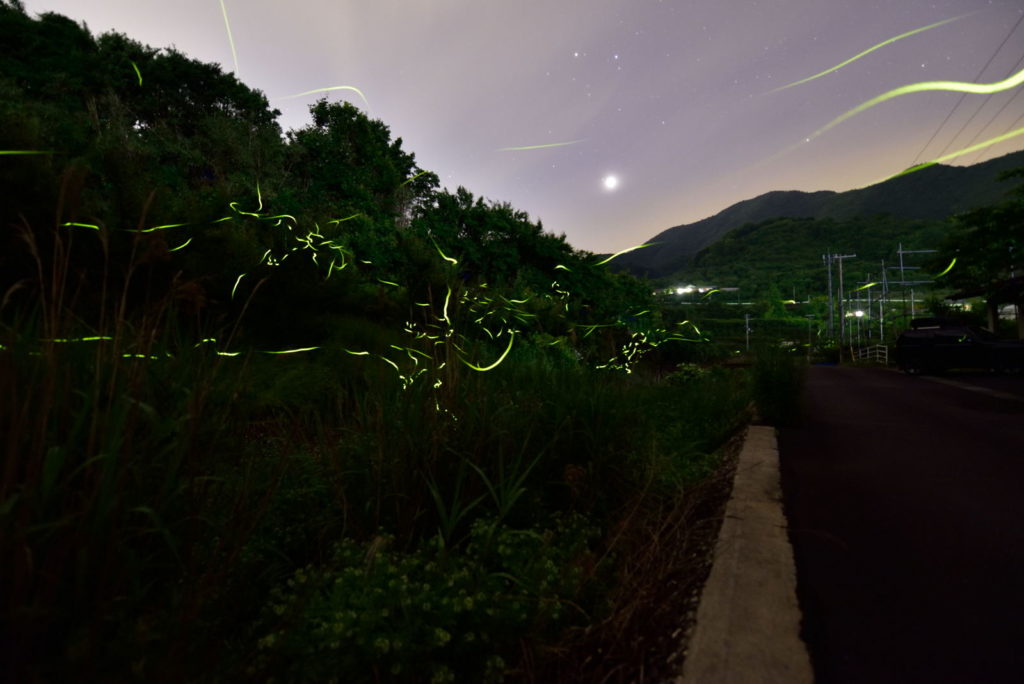 Nagano Kyomei-kai, the association of community renovation, built the facility for raising fireflies called ‘Tanabe Fireflies Observation Hall / Nagano Hikari Hall.’ It operates to raise fireflies and let them release to Hidari Aizu-gawa River and branches. On late May to early June, you can see the fireflies dancing in the wind there. On the country of firefly, observation meeting has been held since 1990, and many people visit there.