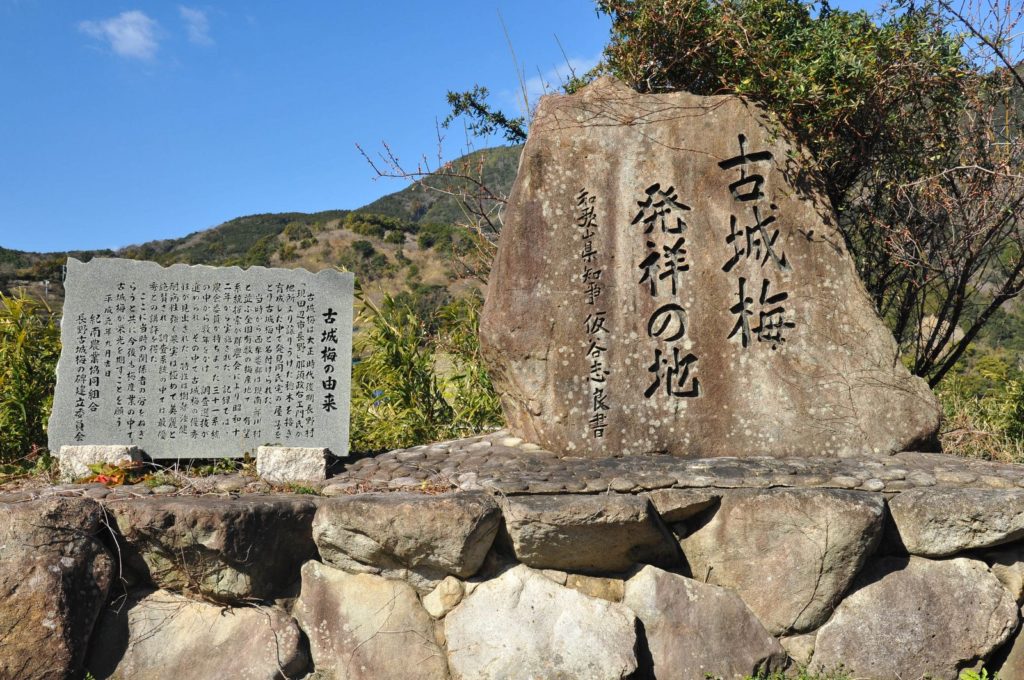 Gojiro is a kind of Ume which is called ‘blue diamond’ because of its vivid green color. It is suitable to use for Ume-syu and Ume juice. It was found by Nasu Masauemon who lived in Nagano, Tanabe in the late of Taisyo era. It had been selected the best Ume of 31 kinds on the examination and selection of Nishimuro-gun agriculture association for three years from 1937. Gojiro was named after the house name of Mr. Nasu.
The production output of Gojiro was decreased because of Nanko-Ume, which is suitable to make Umeboshi, but the value of Gjiro has reconsidered due to Ume-syu boom. In 1989, the monument of the birthplace of Gojiro-Ume was built along the prefectural road near Nagano elementary school.